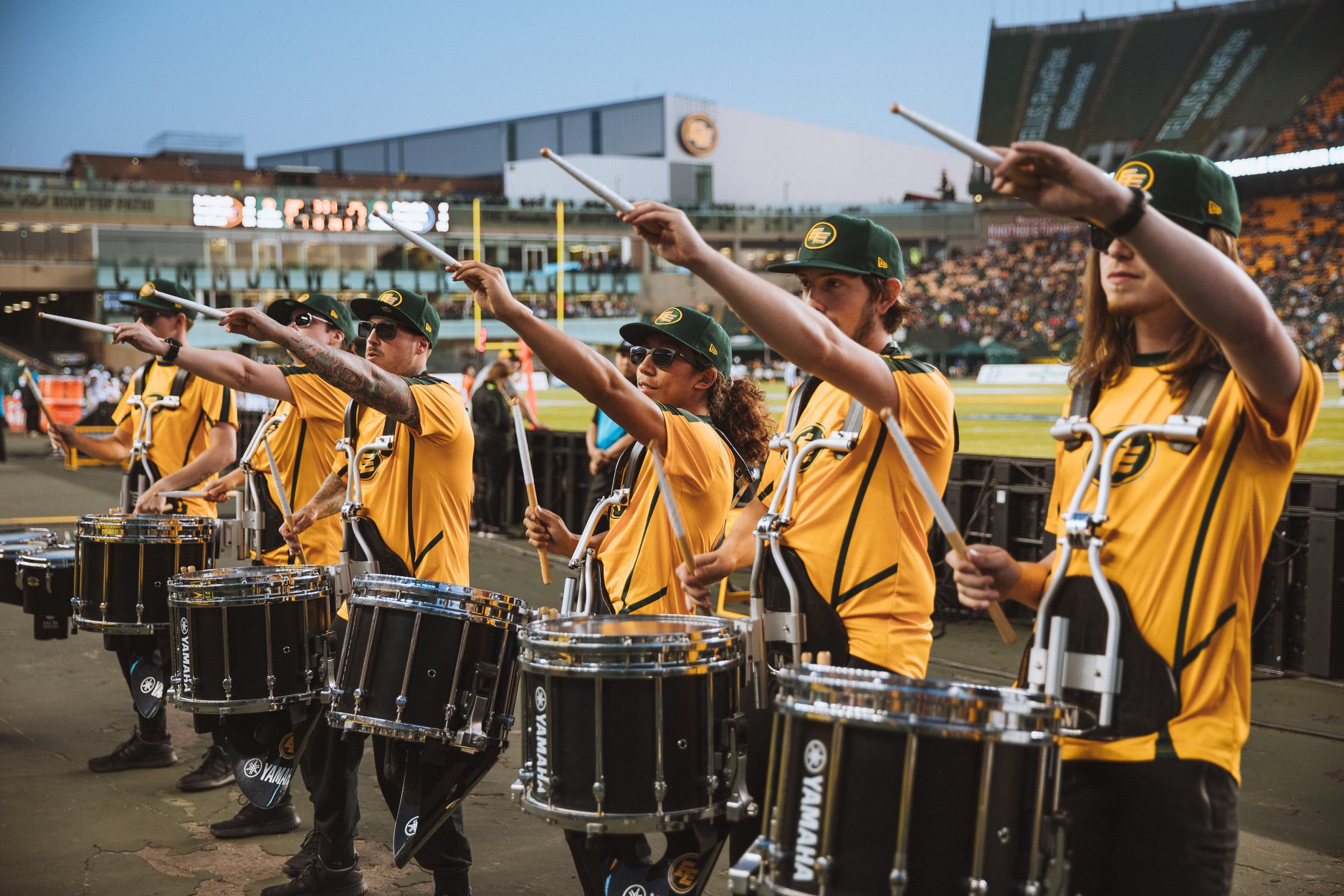 Formed in 2018, the EE Drumline brings unforgettable and exciting entertainment to Edmonton Elks home games.  The EE Entertainment Team is comprised of two unique elements – a percussion drumline and a hip-hop hype team. Presented by Northern Empire Performing Arts and under the direction of Michael England, the EE Drumline provides pulsating rhythms and was an instant fan favourite. The Hype team combines hip-hop dancing with freestyle urban dance and breakdancing, performed to a combination of music and drum cadence. Once these two elements combine, the result is an energetic and enticing show!

Fans can catch the EE Drumline in Fan Fest before all Elks home games, throughout the concourse and in the stadium during the game.